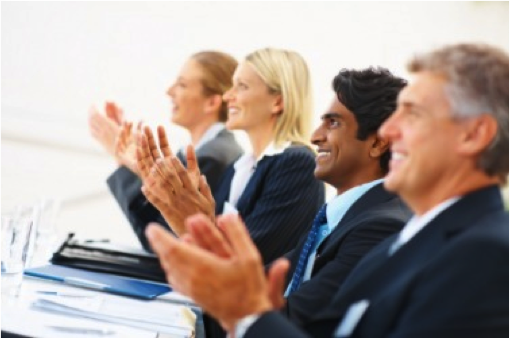 In a recent public session that I facilitated, a participant, April, revealed how her friend Clare had impacted her life in a very meaningful way. She expressed a deep appreciation and articulated the many things Clare did that made a difference for her, including the invitation to the session she was sitting in.

April shared that Clare helped her through some very stressful times and offered her a different perspective when faced with tough decisions. It was heartwarming to hear this expression of appreciation although surprised by what we as a group witnessed.

Everyone in the room noticed that Clare, who was sitting right next to April, was getting teary-eyed. It had become clear that Clare had never been told (up until now) how much her actions had impacted and made a difference to her friend’s life.

April had never verbally expressed how much she appreciated Clare. Clare had no idea the impact she had on April’s life, as it came so naturally to her. To Clare, she was just being a friend. To April, it meant everything to have a friend like Clare.

Appreciation unexpressed is like buying a gift for someone and then never giving it to them. Appreciation expressed tells the other person you care about them as a person, not just for what they do.

Ask Yourself: Who is it in my life, at work or at home, that I can make a consistent effort in expressing appreciation? What are the things I want to appreciate that others do instead of finding fault or being focused on what isn’t working?

One summer afternoon, I was meeting with a client in a quaint café. I found a quiet corner to sit but the music was very loud which would make it hard to hear when talking. I went to ask the young man behind the counter if it was possible to turn the music down. No problem, he made it happen and gave me a nod. I returned the nod and mouthed thank you.

Two hours later when my meeting ended I was ready to walk out of the café when the thought occurred to me of how nice it was to have the young man behind the counter accommodate my needs. I turned around and went to the counter; waited for the young man who made it all happen and expressed my appreciation for what he did. I let him know that he made a difference for me and how great it was he did it with a smile. His response was, “No problem that’s my job.” Even so, you wouldn’t have been able to wipe the smile off his face. In truth, it made me feel good too.

When you express appreciation it makes a difference for you AND the other person.

Ask Yourself: Where could I be expressing appreciation for the way someone performed a task?

In truth, he most likely stepped outside his role to perform that task. He also did it without rolling his eyes or making me feel crazy for asking. Where are others stepping outside of their role to make things happen and you think it is nice though you don’t say anything?

It’s In The How

You have been told since you were a kid to say please and thank you. Appreciation goes beyond being polite and just saying the words. It is an exchange of energy that makes both parties feel good.

According to a worldwide study conducted by Towers Watson, the highest driver of engagement is whether or not employees feel their managers are generally interested in their wellbeing.

Appreciation is not exclusive to employees and managers nor is it to be expressed occasionally.

Warning – only express it when it comes from the heart. If you don’t really mean it, don’t bother saying it. Leaders have shared in training sessions that what they dislike more than not being appreciated, is hearing the words without any meaning.

Ask Yourself: When I express appreciation, how am I expressing it and what is the meaning I am attaching to it?

What To Do Next

I want to challenge you to express appreciation to a minimum of five people a day. It feels good to give it and receive it so make sure to include yourself in the five. 😉

By doing this for yourself at the end of the day, you finish on a positive note before you head to bed. You also are drawing attention to what you did right, making it easier to practice catching others doing things right.

You may feel that you are already a person that is a big appreciator! Well, I did too. What I found, by stretching myself to consciously express more appreciation, I actually took my thoughts of ‘how nice it was for someone to do something for me’ to actually saying it.

When you genuinely express appreciation it:

When expressing appreciation, consider your brand and how you want to be known; how do you need to do it to create the experience you want others to have of you?

You got this! Give the gift of appreciation. It is priceless!